The Galicia Tourism Cluster participated together with a business representation specialised in the route in the workshops organised by the Tourism Agency to present Xacobeo 21-22.

Jesús Picallo stressed in Germany that Galicia is a prepared, welcoming and highly specialised destination for a type of leisurely tourism, not overcrowded and with spiritual and cultural concerns.

Germany is the second country that more pilgrims contribution to the Way of St. James, a tradition almost as old as the Way itself, as there is documentation from the ninth century of the cult of the Apostle in German lands. This was highlighted last week in Hamburg and Frankfurt by the vice-president of the Galicia Tourism Cluster, Jesús Picallo, in his speech after the workshops organised by the Galicia Tourism Agency, within the framework of the presentation of Xacobeo 22-22.

The delegation, headed by the director of Tourism of Galicia, Nava Castro, was attended by the directors of the Spanish Tourism Offices (OTS) in Berlin and Frankfurt, Arturo Ortiz and Octavio González, respectively, and the vice-president of the Clúster Turismo de Galicia, Jesús Picallo. The Galician business representation was made up of Circuitos Galicia Viajes, ArtNatura Galicia, Simply Galicia, Easy Galicia and Interrías, which had the opportunity to exchange contacts and explain their services to German companies.

Germany is the fourth European country after France, Portugal and Italy in which this meeting is being held to highlight the value of this special Xacobeo celebration. In this sense, the Vice President of Galicia Tourism Cluster said that “the Way of St. James and the celebration of this double Holy Year is currently the biggest and best sign of identity for tourism in Galicia.

The Vice President of the Cluster stressed that “our land and our people have been accustomed to receiving visitors since the Middle Ages. This accumulation of knowledge has resulted in a destination that is prepared, welcoming and highly specialised in a type of tourism that is leisurely, not overcrowded and with spiritual and cultural concerns”. Jesús Picallo recalled that Galicia is a destination with as many possibilities as attractions, “beaches, forests, spas, heritage and gastronomy are the mainstays of a tourist offer with unique experiences for the traveller”.

The best proof, the figures for this year, which in the first quarter recorded the arrival of more than 1 million tourists and more than 120,000 pilgrims have already sealed their Compostela.

The director of Tourism of Galicia, said that walking to Galicia allows to enjoy a unique experience in open and natural spaces in line with what tourists demand after the pandemic and that fits with the brand Galicia as a safe destination. Nava Castro also said that tourism is a strategic sector in Galicia and that the Way of St. James  plays an important role as a driver of international cooperation. 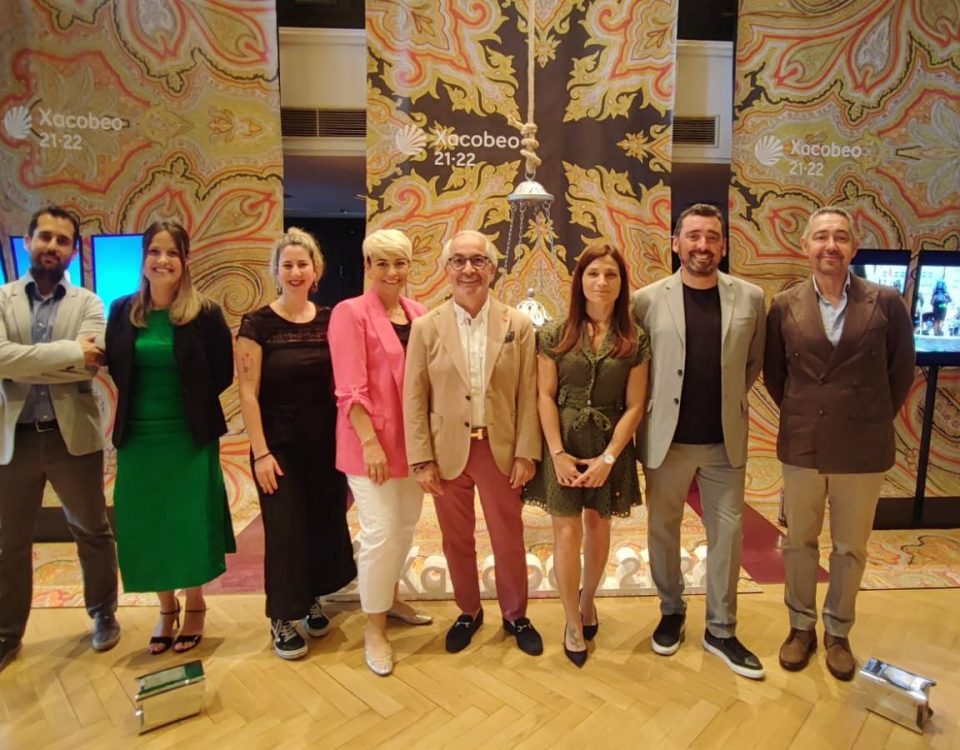 Galicia strengthened the link between the Way of St. James and Germany with business meetings in Hamburg and Frankfurt

The Galicia Tourism Cluster participated together with a business representation specialised in the route in the workshops organised by the Tourism Agency to present Xacobeo 21-22. […]
Do you like it?0
Read more 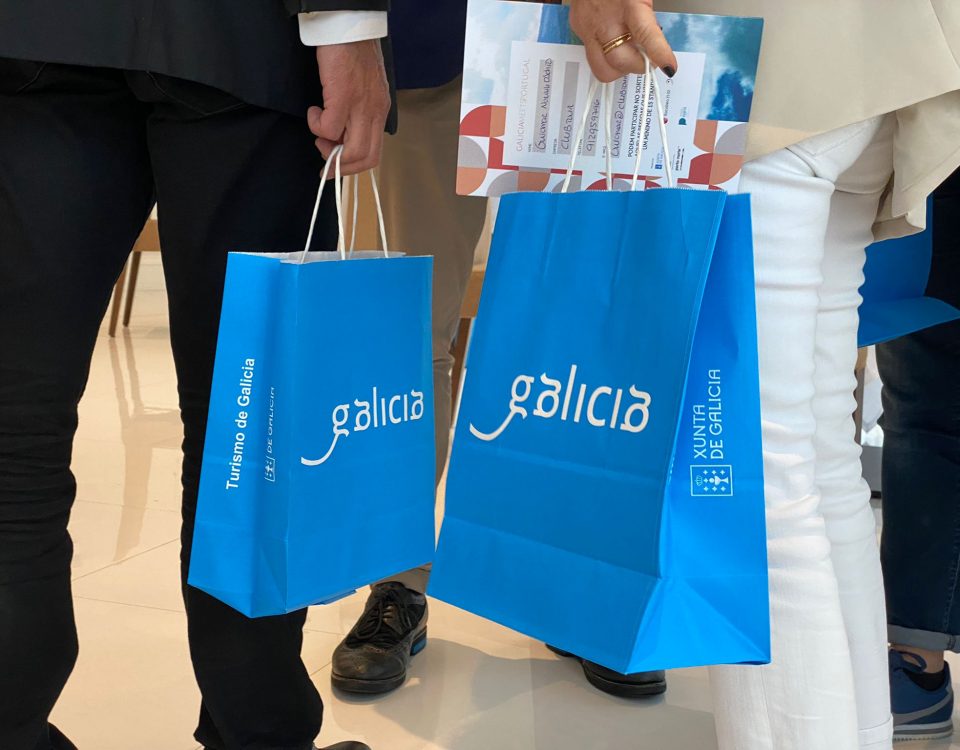 Galicia is promoted this week in Hamburg and Frankfurt

The Cluster and five companies from the sector are taking part in the presentations and workshops that the Xunta is holding on Tuesday and Thursday in […]
Do you like it?0
Read more 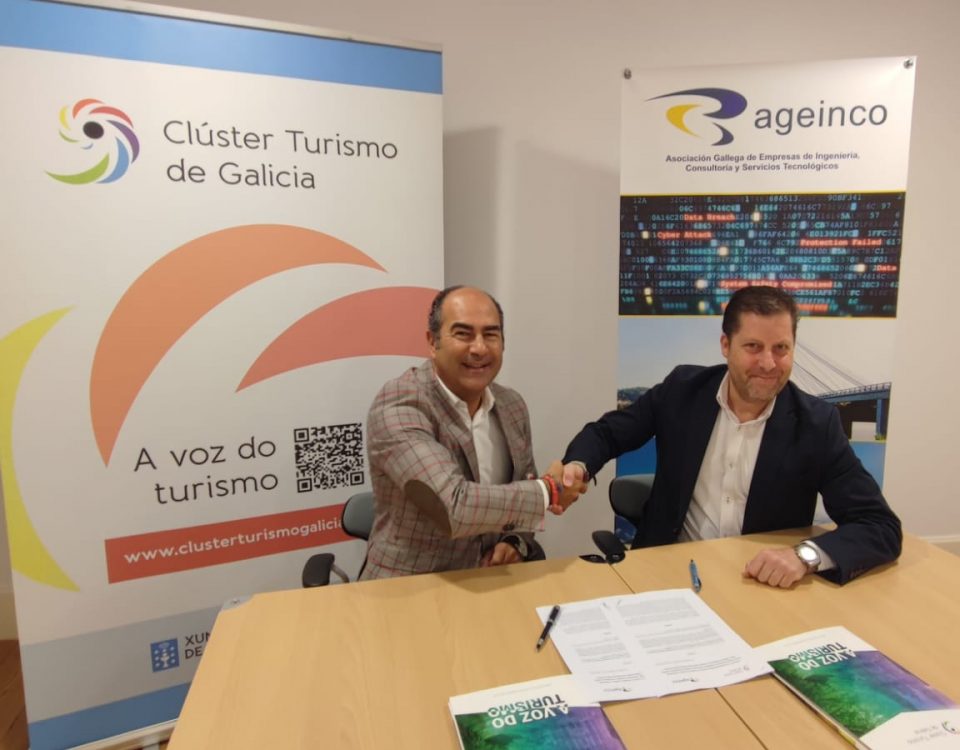 The Cluster and Ageinco join forces to boost innovation, competitiveness and profitability of the tourism sector

Both entities have signed an protocol to promote collaboration between the tourism and engineering, consultancy and technological development sectors.   Innovation, digitalisation and the use of […]
Do you like it?0
Read more 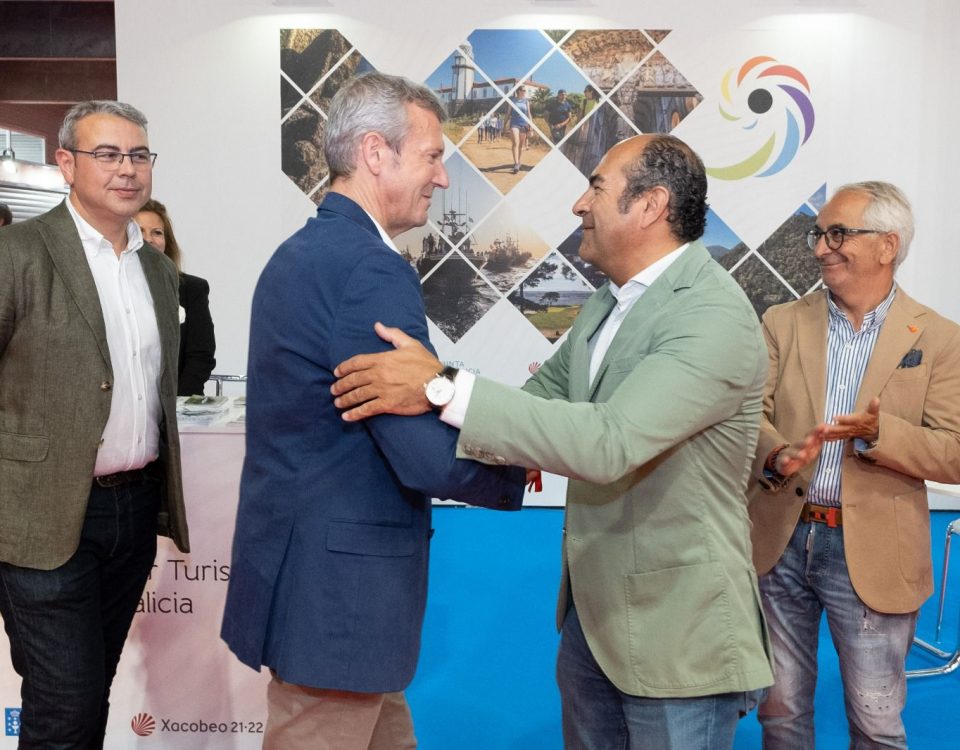