The director of the Tourism Agency of Galicia, Nava Castro, reviewed the data showing the presence of housing for tourist use in our Community and the inspection activity carried out by the Xunta de Galicia. Thus, she stressed that the framework created in Galicia, allowed in this regular time 9,872 dwellings for tourist use, just 0.6% of the total number of housing Community that, according to the latest census conducted by the National Institute of Statistics (INE), is 1.6 million properties.

The annual balance was presented in the framework of the press conference held by the Ministry of Culture and Tourism, in which the modifications introduced in the regulation of dwellings for tourist use – which include the obligation of owners to include the REAT registration number in their advertisements on online marketing platforms and to submit quarterly occupation statistics to the Xunta – were presented.

With regard to inspections, 107 files were opened in relation to dwellings for tourist use, 64 initiated ex officio and 43 based on complaints, a fact that “demonstrates the correct coexistence of this type of establishment with the rest of the typologies”. Of these 107 cases, only 31 resulted in sanctions, most of them for infractions such as operating without being registered in the registry, without presenting the corresponding statement of responsibility or without obtaining the proper tourist authorization. These are breaches qualified as serious, according to the regulations, involving penalties of between 900 and 9,000 euros.

As far as the distribution of properties for tourist use is concerned, the municipality with the greatest presence of this type of establishment is Sanxenxo, which has more than 1,700. O Grove, Barreiros, Foz, Cangas or Poio are all far away, all of them under 350. Three of Galicia’s urban destinations exceed this figure: Santiago de Compostela, with 681, Vigo with 379 and A Coruña with 365. 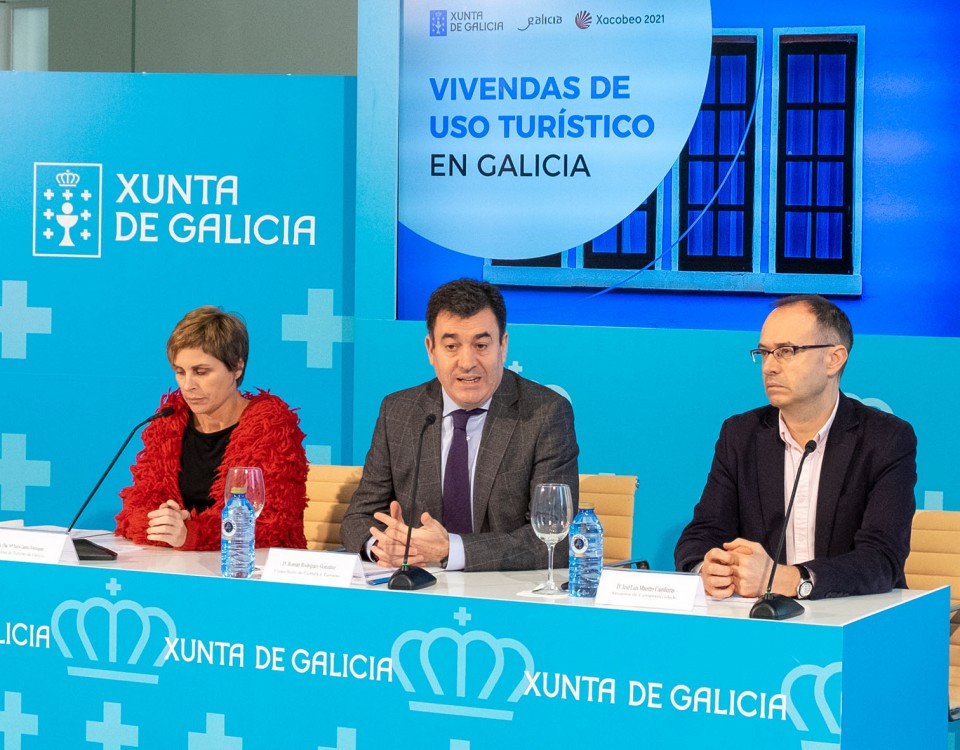 The director of the Tourism Agency of Galicia, Nava Castro, reviewed the data showing the presence of housing for tourist use in our Community and the […]
Do you like it?0
Read more

Owners must enter their registration number in the online platforms where they are offered and submit their occupancy data quarterly After the entry into force of […]
Do you like it?0
Read more

The beneficiaries will have access to up to 150,000 euros to create or consolidate tourism products, deepen training in the sector, improve the implementation of technologies, […]
Do you like it?0
Read more