Much of the Spanish who are thinking of traveling this Easter choose the Galician capital, according to a survey published by JetCost. In it Compostela enters in the ranking of the 30 most sought after destinations of the world by the national tourists for these days. In addition to Santiago, 12 other Spanish cities (Madrid, Barcelona, Malaga, Seville, Palma de Mallorca, Tenerife, Gran Canaria, Alicante, Valencia, Lanzarote, Ibiza and Bilbao) are among the thirty most searched for Easter holidays (between 12 and 22 April 2019) by users of the flight and hotel search engine www.jetcost.es. Those who prefer to travel abroad would opt for major European capitals such as London, Paris, Rome, Amsterdam, Brussels, Berlin or Lisbon. The Cuban capital, New York and Miami are the preferred long-distance destinations.

The destinations that combine the attraction of a big city, with the processions (the compostelana is declared Festival of Tourist Interest of Galicia), its museums, its grandiose Cathedral and its magnificent gastronomy are, once again, the favorites of Spanish travelers, this makes Santiago the 29th city in the world most requested to spend these days of holidays.

Jetcost regularly analyzes the searches carried out on its website from which they deduce that “the interest of Spaniards in Santiago de Compostela does not decline at any time of the year. Naturally, longer holiday periods, such as Easter and the beginning of Easter, increase searches and bookings. And, as far as we can see, tourists still want processions, culture, gastronomy, good hotels and infrastructures, and all this is offered by Santiago, which once again has been one of the cities most sought after by national tourists”. 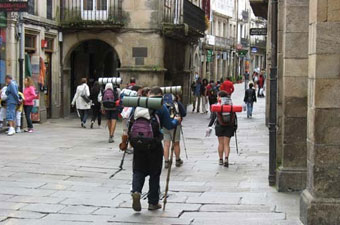 The companies of active tourism, of adventure and of nature of Galicia grouped in the Galician Association of Companies of Active Tourism, of Aventur and of […]
Do you like it?0
Read more