Through the agenda service offered by the Galician Tourism Cluster to businessmen who participated in the trade mission to the World Travel Market, this year’s edition has scheduled more than 25 professional meetings in which 3 to 5 Galician companies have participated and have been able to present their characteristics, offer and particularities to the different tour operators with whom the meetings were held.
The aim of this agenda is to ensure that entrepreneurs can make the most of their stay at the fair and, to this end, they are provided with prior information on the profile of the company with which the meeting is held, in addition to following up on the initial meetings established during the days of the fair. In addition, many of the participants in the trade mission to the London trade fair, the most important international event for the travel and tourism sector, maintain their own agenda and also participate in the Hosted Buyers workshop offered by the fair, thus multiplying their contacts and professional meetings.
As for the profile of the businessmen who have participated in the Galician commercial mission that has been developed under the umbrella of Tourism of Galicia and within the stand of Turespaña, the majority of them correspond to companies of turoperación and hotel accommodations or houses of rural tourism but they have also traveled companies related to the active tourism, nautical tourism or restoration with the objective of continuing working in favor of the internationalization of the Galician tourist offer.

Through the agenda service offered by the Galician Tourism Cluster to businessmen who participated in the trade mission to the World Travel Market, this year’s edition […]
Do you like it?0
Read more

The British market is looking for differentiated, authentic and quality experiences in Galician tourism offer

The trade mission promoted by the Galician Tourism Cluster to the World Travel Market in London concludes with more than 25 meetings with tour operators in […]
Do you like it?0
Read more

Cluster Turismo Galicia is preparing a trade mission to the international tourism fair WTM London, which will take place from 6 to 8 November 2017. To […]
Do you like it?0
Read more 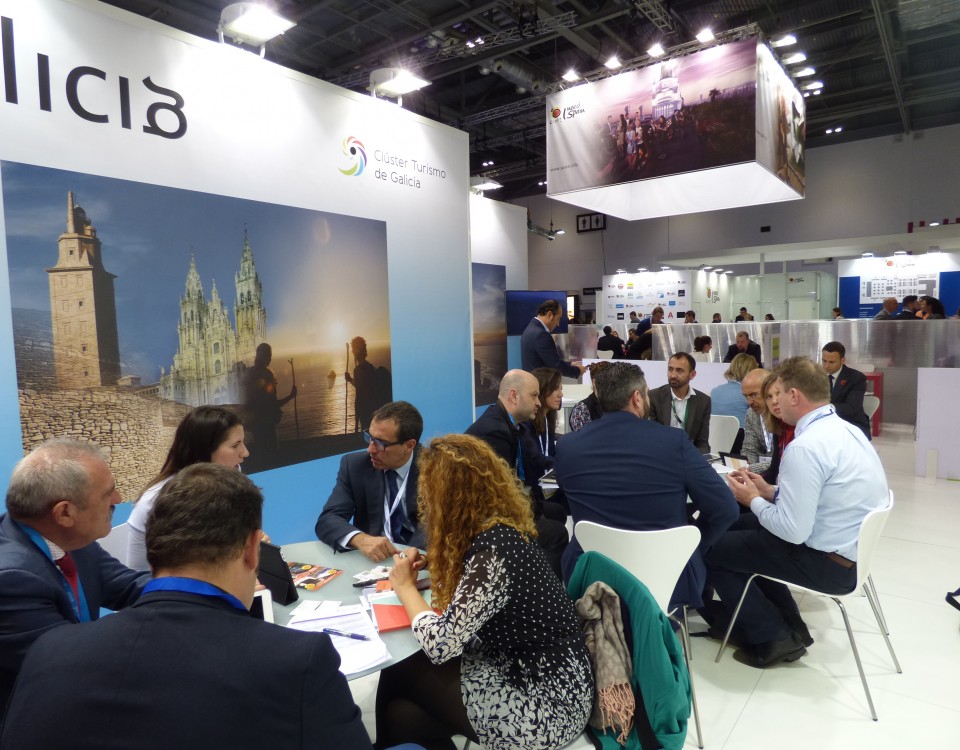