The Rio Natura Monbus Obradoiro  bets on the combination of sport and tourism again with the third edition of ‘The Way ends in Obradoiro’, project that has the support of Tourism of Galicia and the Delegation of A Coruña and that, in this occasion will feature the legendary greek player Nikos Galis. Galis will carry out the last five stages of the English Way with two objectives: the first to promote this route and the second, to help foundations and / or non-profit associations to obtain resources with which to finance their activities.

Nikos Galis, after scoring more than 25,000 points in more than 850 matches, now faces a very different challenge, an initiative that is based on the international promotion of Galicia and the Camino de Santiago, “which is the main tourist and cultural resource And is booming, “said the director of Tourism of Galicia, Nava Castro, who will also participate in one of the stages of the road.

The Camino ends in Obradoiro takes its exit in this edition in Ferrol, and the arrival will be Thursday 25 of May, Day of the Ascension. The initiative has the support of companies such as Obra Social ‘La Caixa’ and Correos, through its ‘El Camino con Correos’ program, and in it the Heracles Foundation is also involved, which in its formative activity in the lower categories Inculcate values ​​such as commitment, respect and effort. . With this, there are already three editions, as many have been celebrated, in which the Social Work ‘La Caixa’ has been involved in an initiative that began with Terry Porter, continued with Juan Antonio Corbalán and this year comes to be consolidated with Nikos Galis . 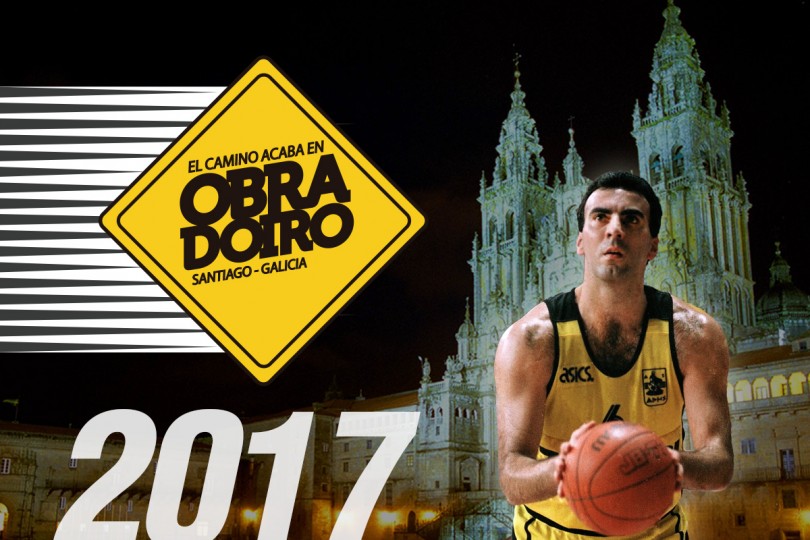 The player Nikos Galis, protagonist of the 3rd edition of the Way ends in Obradoiro

The initiative will give visibility to the English Way between 21 and 25 May The Rio Natura Monbus Obradoiro  bets on the combination of sport and […]
Do you like it?0
Read more

Xunta de Galicia approved the signing of an agreement between Tourism of Galicia and the Cathedral of Santiago by which the public entity will contribute 300,000 […]
Do you like it?0
Read more

On the occasion of the inauguration of the new pilgrim hostel in Milladoiro, in the municipality of Ames, the director of Tourism of Galicia, Nava Castro, […]
Do you like it?0
Read more