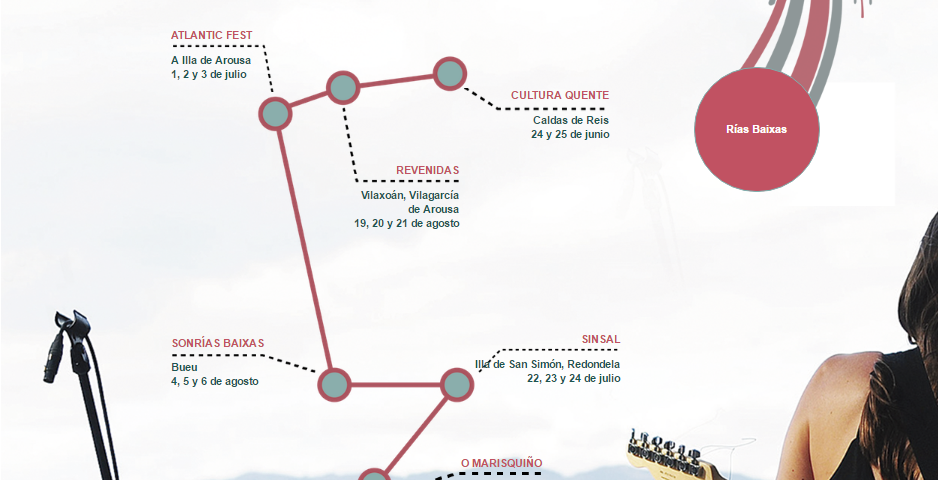 With the aim of uniting the two banks of the river Minho and combining synergies with Portuguese music festivals as Mihoes Fest, Amplifest and Serralves, the County Council of Pontevedra he has celebrated the “Atlantic Express. Viaxando cos Festivais Rias Baixas”, a promotional event consisting of a train ride between Vigo and Porto, accompanied by musical entertainment and tasting of Galician gastronomic products and for journalists and tour operators, with the aim of jointly promote the seven musical festivals held in the province during the summer. As explained by the president of the council of Pontevedra, Carmela Silva, music “unites people and territories,” so he hopes “this is the beginning of many trips between the Rias Baixas and Oporto, and vice versa, between Porto and Rias Baixas “.

Explained the spokesman of the seven festivals, Julio Gomez, Spain and Portugal are occupying a very important place in the world of festivals so this action is an opportunity to promote Festivais Rias Baixas hand leading Portuguese festivals and Serralves Museum of Oporto and MARCO of Vigo. Festivais Rias Baixas, said Gomez, is “one of the most complete offerings of Galicia and a national pioneer, to offer a balanced package tour leisure and culture closely linked to the territory.”